Your Retirement Options and Pensions Freedom

A pension is a long-term investment, the fund value may fluctuate and can go down. Your eventual income may depend upon the size of the fund at retirement, future interest rates and tax legislation.

Please note that whilst every effort is made to ensure that the information contained within this explanation is correct, these notes are by necessity brief and of a generalised nature. We would provide specific personalised advice prior to finalising any arrangement.

The first of the new options is “flexi-access drawdown” which in essence places no limit on the amount of income you can take from your money purchase pension fund once you reach the minimum pension age, currently 55. This means that it would be possible to take the whole of your pension fund in one go, however it may not be tax efficient to do so.

If you will be dependent on your pension fund to support you through your lifetime you may need to consider taking a lower level of income to sustain you.

You will be able to take 25% of your fund as a tax free lump sum if you have not previously used that fund for drawdown purposes with the remainder of the fund staying in your pension to provide you with an income.

It is important to remember that the amount of flexi-access fund withdrawn to provide you with an income will be taxed at your marginal rate of income tax therefore if you take too much income this may move you into the next tax bracket and result in you paying a higher rate of tax.

An option was introduced by the Government which is called the Uncrystallised Funds Pension Lump Sum (UFPLS).

This option is for funds not already in drawdown and allows you to take a one-off payment from your pension or a series of lump sums leaving the remainder of the fund in your pension invested, the first 25% of each UFPLS is tax free, with the balance being subject to tax.

UFPLS is not available from any part of your pension that is already in drawdown.

For anyone who was in drawdown before 6 April 2015 (capped or flexible) the new options differ depending on which one you have/had.

Currently, if you are in capped drawdown you will have a maximum level of income that you can take each year and this is reviewed every three years up until you are 75 and annually thereafter.

From 6 April 2015 you are able to continue to take capped drawdown or you have the option to switch to the new flexi-access drawdown whereby the amount of income you can take will be unlimited and there will be no further mandatory maximum income level reviews.

It is important to remember that if you take the decision to move from capped drawdown to flexi-access drawdown and take any income from the flexi-access drawdown fund the maximum amount you can contribute to money purchase pensions each year without suffering a tax charge will reduce (to £4000 currently).

Anyone who had a flexible drawdown plan before 6 April 2015 automatically had their plan renamed flexi-access drawdown on 6 April 2015. This had no effect on how you take benefits however if you are in receipt of income then your contributions to a money purchase pension plan would be limited to £4000pa, it is important to note that should tax free cash only be taken then an individual would still be able to make full use of their £40,000pa pension contribution allowance.

Phased Drawdown is where unvested pension funds are used in tranches to provide an income. It is not normally available through occupational schemes.

Phased Drawdown is used to allow a pension holder to gradually cut back on their working hours and replace the associated loss in income by partially crystallising their pension fund. Historically, the preferred method used the Pension Commencement Lump Sum (PCLS) to fund the majority of the required income, this also minimised the amount of funds which needed to be crystallised which had additional advantages in terms of the taxation of death benefits. However, the Taxation of Pensions Act 2014 moved the pivotal point for death benefits from the previous uncrystallised funds versus crystallised funds, to pre and post age 75. As such, the additional tax on death, previously associated with phased retirement no longer applies.

You can nominate whoever you choose to receive your death benefits, this can be your spouse, children, grandchildren or even someone unrelated to you, you can also leave some or all of your pension fund to charity.

What about tax on the death benefits?

The tax treatment of your death benefits will depend on two things.

If you die before your 75th birthday and your pension funds have been designated to your beneficiaries within two years they will be paid tax-free. If the beneficiaries choose drawdown the funds must be placed in their drawdown pot within 2 years but they do not need to take the money out of the drawdown plan within the two year period.

If you live beyond your 75th birthday or if you die earlier but your pension funds are not designated within the two year period, then the death benefits will be taxed; the taxation that would normally be applied would be at the beneficiaries marginal rate of income tax.

It is possible to have unlimited successors so in essence your pension fund could be passed on for generations if it is not all withdrawn. Each time the fund is passed on, the tax position is based on the age at death of the most recent beneficiary (tax free if they die before 75 and taxed at the beneficiaries’ rates if they die after 75).

You will of course still have the option of purchasing an annuity with some or all of your pension fund which for some people may still be the right choice to give a guarantee of an income for life paying a level income or increasing over time.

From 6 April 2015 new flexible annuities also became available which will allow the income level to decrease as well as increase providing this is stated in the annuity when the contract is started.

The new rules are far reaching and far more flexible therefore we would be more than happy to discuss these options with you in more detail so please contact us to arrange a meeting.

The above taxation information is based on our current understanding of taxation legislation and regulations. Any levels and bases of, and reliefs from, taxation are subject to change.

The value of your investment can fall as well as rise, and you may not get back all of your original investment.

This article (Your Retirement Options and Pensions Freedom) is intended to provide a general appreciation of the topic and it is not advice. 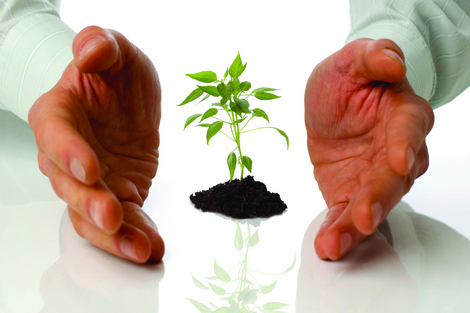